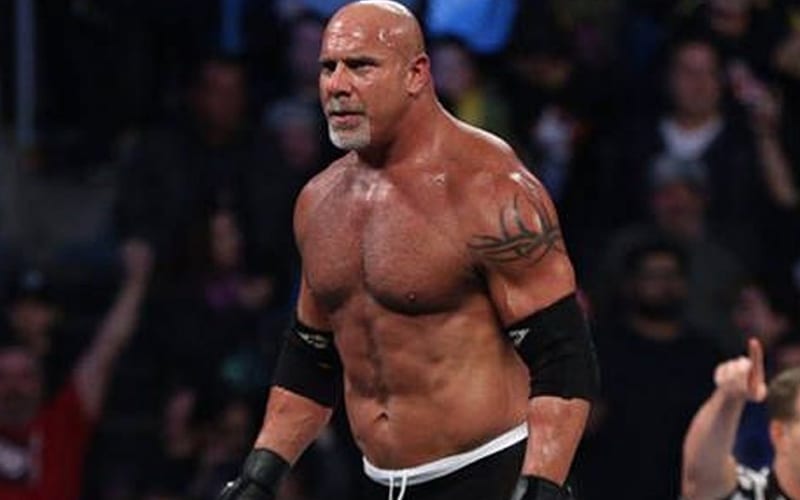 Goldberg called out Roman Reigns in a big way. That caused The Tribal Chief to take notice, but he’s the one who books his matches.

WWE isn’t close enough to WrestleMania where they are making any concrete decisions. Roman Reigns’ opponent is currently down to two people, and Goldberg isn’t one of them right now.

While speaking to Bleacher Report, Goldberg said his top priority is to have that match with Roman Reigns, but there is another star on his list. He is all about making business and he sees Randy Orton as a great opponent down the line.

“I’m a business guy, I’m a company guy, but I would be remiss in saying I didn’t want to tangle again with Randy Orton. Hands down, he’s one of the best in the business. His professionalism, his character development, his in-ring work, his promos, his everything. I’m a huge fan, I have been for a very long time. It’s been in his blood and family for God knows how long and he’s at the top of the food chain as far as I’m concerned. I’d love to tangle with Randy again. I’d love to get in the ring with Drew [McIntyre]. I’d love to get in the ring with [Keith] Lee. There’s a lot of people that are still attractive out there.”

Goldberg vs Randy Orton could be a big match for a later date. Orton’s WrestleMania plans are likely still full. Edge and Orton are probably going to have their rubber match at the show of shows.

WWE hasn’t brought Goldberg back just yet, but he is contracted to wrestle more for the company before this current deal is over. Goldberg will be back in the ring, and he already has his eye on a couple opponents.