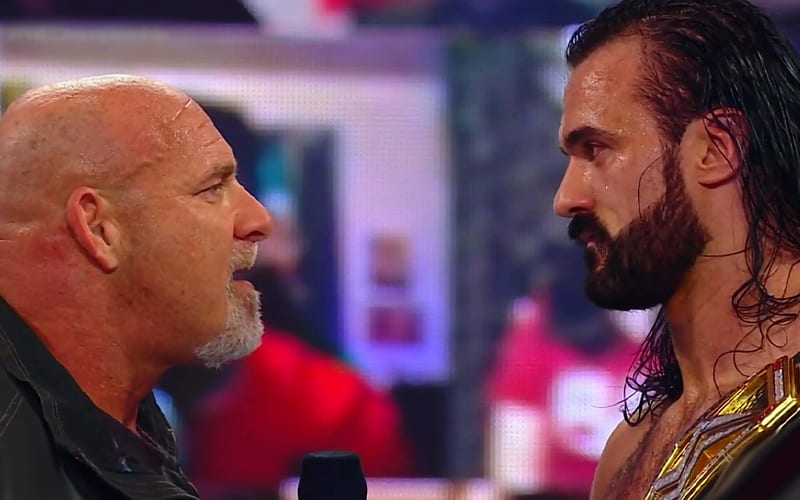 WWE held their first Raw of 2021, and the night ended with a hard-fought WWE Title match. After Drew McIntyre successfully defeated Keith Lee, he had a big surprise. Goldberg was in the ThunderDome.

Goldberg shoved Drew McIntyre just as the show cut off. The challenge wasn’t accepted, but it was certainly laid down. This is also very interesting because Goldberg already said that Roman Reigns is next.