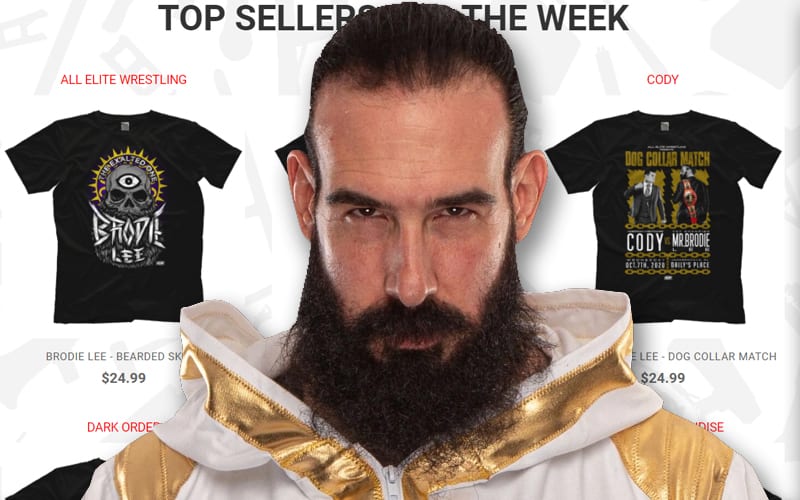 Brodie Lee’s passing hit the pro wrestling industry in a big way. Fans also flocked to purchase merchandise in his memory. That landed The Exalted One on practically every top spot of the week.

There was once a time when Brodie Lee, back when he was Luke Harper, complained about WWE never giving him a t-shirt at all. That is not how his career ended at all.

You can check out the graphic below to see the top 10 t-shirts of the week. The Dark Order’s “Join Dark Order” t-shirt came in #11. Also, any merchandise bought from CM Punk and Mick Foley will see proceeds go to Brodie Lee’s family until the end of January.