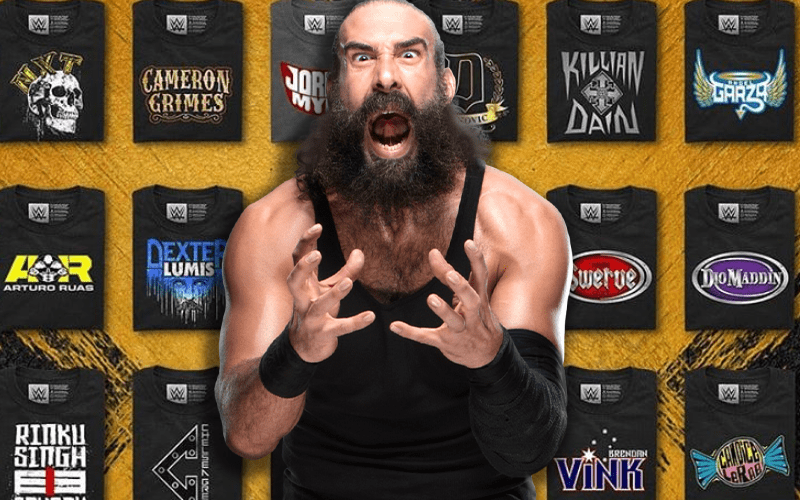 WWE put out a ton of t-shirts recently to hype the NXT brand. This was something that Luke Harper definitely noticed.

The recently returned Harper opened up on Instagram to express his dissatisfaction about WWE’s merchandise team. After all, he’s never had his own t-shirt.

Luke Harper has been featured on Wyatt Family merchandise and the Bludgeon Brothers had their own t-shirt, but he’s never received a piece of merchandise as a singles competitor.

Larry, In over 7 years with @wwe I’ve never had a single Luke Harper tshirt but now all 155 NXT wrestlers each get their own. Got it. Good luck tonight 8e/7c LIVE on USA!!!!! @erickredbeard
@wweshop

Perhaps with this recent push upon his WWE return Luke Harper will receive some merchandise. With WWE’s custom print shop they can afford to have as many designs as possible.

In the meantime, we’ll be patiently awaiting along with Luke Harper to see if WWE Shop updates their selection anytime soon to give him his own t-shirt.