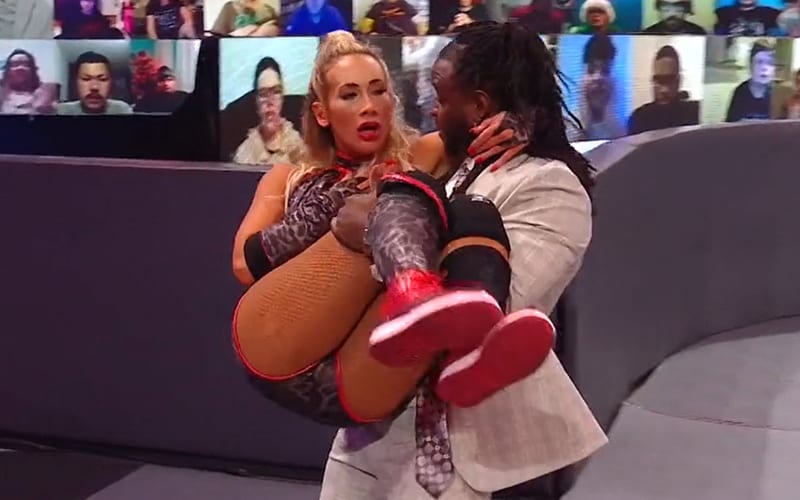 Carmella took on Sasha Banks for the SmackDown Women’s Championship at WWE TLC. The two fought hard for the blue brand’s top women’s belt. Mella’s sommelier was also there, and he got a name.

During WWE TLC, it was revealed that Carmella’s sommelier’s name is Reginald Thomas. Corey Graves called him “Reggie” throughout the match.

Prior to this role, Reginald Thomas was known as Akeem Young. He was in WWE’s NXT brand for a brief time prior to getting called up to the main roster.

Reginald Thomas didn’t help Carmella win the SmackDown Women’s Title at TLC, but at least he got a new name out of the deal.