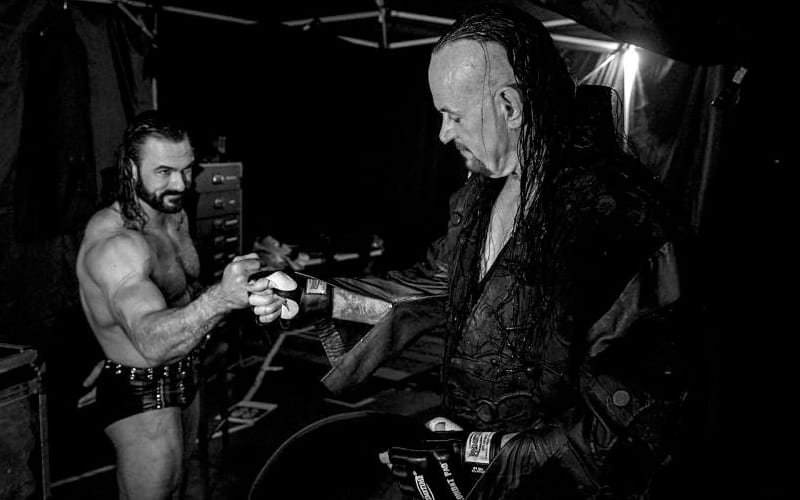 Drew McIntyre was given The Undertaker as his mentor when he arrived in WWE so many years ago. This was followed by many instances of receiving cryptic wisdom backstage. McIntyre was happy to retell those stories during a recent WWE Warehouse tour when he ran across The Deadman’s collection of caskets.

The Scottish Warrior is walking into WWE TLC as WWE Champion this Sunday. Today he reached a very important landmark in his WWE career. He has now officially held that title longer than his mentor.

The Undertaker held the WWE title for a combined 234 days during his four reigns as WWE Champion. Drew McIntyre is in his second reign, and he is now at 235 days and counting.

Drew McIntyre is now sitting at spot #22 on the list of top combined reigns. He’s also in very good company.

In case you’re wondering, nobody is likely to ever take the #1 spot. Bruno Sammartino has that position locked down with 4,040 days.