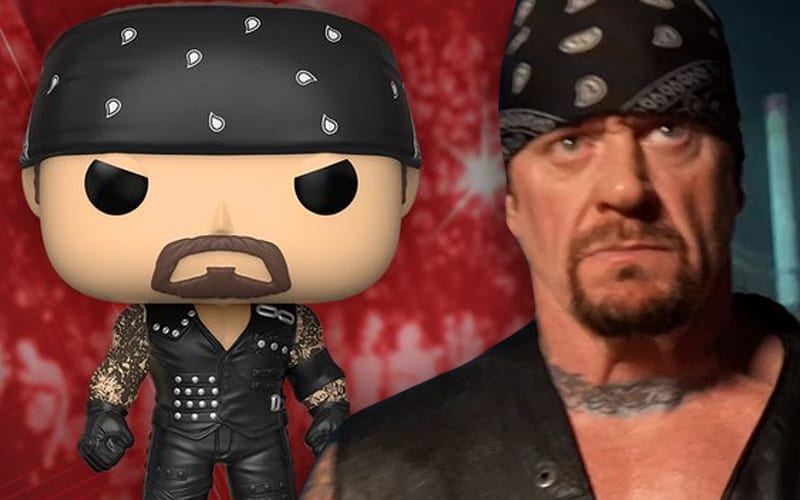 The Undertaker’s iconic image has been immortalized many times over. He has received a Funko Pop treatment on a couple occasions already, but this look will celebrate one that many fans prefer.

Funko has released another Undertaker look to follow up the glow in the dark Deadman that dropped around Survivor Series. The Undertaker’s previous Amazon exclusive Funko Pop sold out.

This time the new Pop, which is also and Amazon exclusive, will have the Deadman’s American Badass look. The new Pops will ship on January 25th, 2021.

This version is called “Boneyard Taker.” It is the same look he had against AJ Styles at WrestleMania 36 in his Boneyard Match, the final of his career. That feud brought a revamped American Badass character to a modern WWE Universe before he rode off into the night.

The Undertaker bid his Final Farewell at Survivor Series, but fans should keep plenty of space on their shelves for more merchandise. WWE signed The Undertaker to a 15-year contract this year.