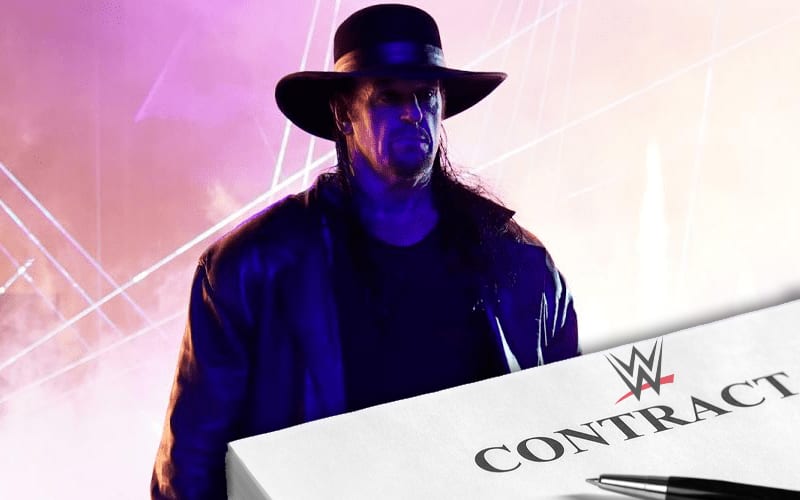 The Undertaker was booked to appear at Starrcast, but Vince McMahon didn’t like that at all. Conrad Thompson’s fan convention was too close to AEW for McMahon’s liking. There was also a plan for a “Dead Man Talking” Q&A.

WWE pulled a big moved and signed The Undertaker to a new contract that controlled his appearance. This was said to be a lifetime contract, but how long did Taker really sign for?

The Wrestling Observer Newsletter noted that “The Undertaker signed a new 15-year contract with WWE last year that will last him until he is 70 years old.” The Undertaker is currently 55 years old, so he still has quite a bit of time left with WWE.

Click here to read all about The Undertaker’s money problems.

Vince McMahon had The Undertaker and Kurt Angle both pulled from Starrcast at the same time. Angle was recently let go as part of massive company cutbacks. McMahon also had a decades-long deal with Bret Hart in the late 1990’s that he couldn’t fulfill. Let’s not get into his current wrongful termination lawsuit with former XFL commissioner Oliver Luck.

The plan is for The Undertaker to stick around WWE for at least 15 more years.