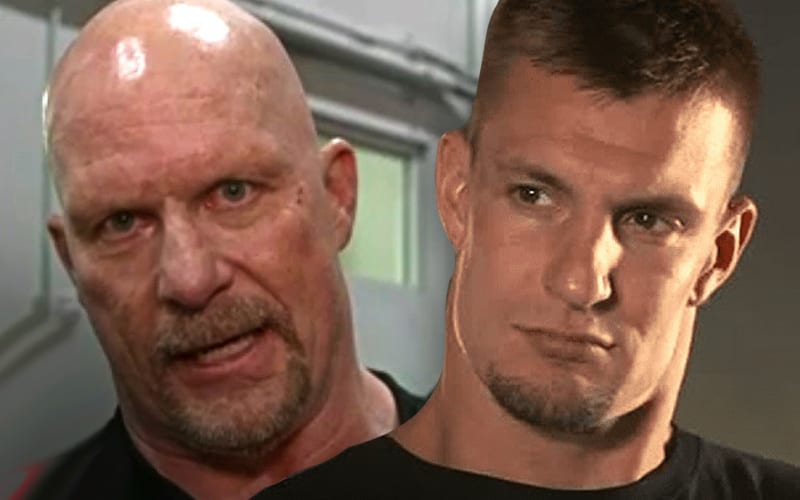 Rob Gronkowski was supposed to be a big draw for WrestleMania 36, but his time in the company was cut short in a big way. He came out of retirement from the NFL and was traded to the Tampa Bay Buccaneers.

During his time in WWE, Gronk didn’t get to do much, but he still made an impression. Ringside News exclusively covered the reason for any heat that Gronk received backstage in WWE.

While speaking to ESPN, Steve Austin was asked about Rob Gronkowski’s performance in WWE. He gave Gronk’s effort at WrestleMania a “solid B+” rating.

“Gronk was one of my favorite players of all time. He sees the opportunity, seizes it — [they play the clip of Gronk’s WWE 24/7 Title WrestleMania win] — there he goes, 1,2,3 there he goes — 24/7 Champion. That being said, with all due respect it pales in comparison to the World Heavyweight Title. So, I’m gonna give Gronk a real solid B+ on that.”

Steve Austin spoke very highly of Pat McAfee. He said that McAfee was killing it in the promo game, and he had very high marks to give the former NFL punter for his in-ring work as well.

Gronk likely won’t be back in WWE because he moved back to the NFL. The door could still be wide open for Pat McAfee’s return if they can figure out a way to make it work.