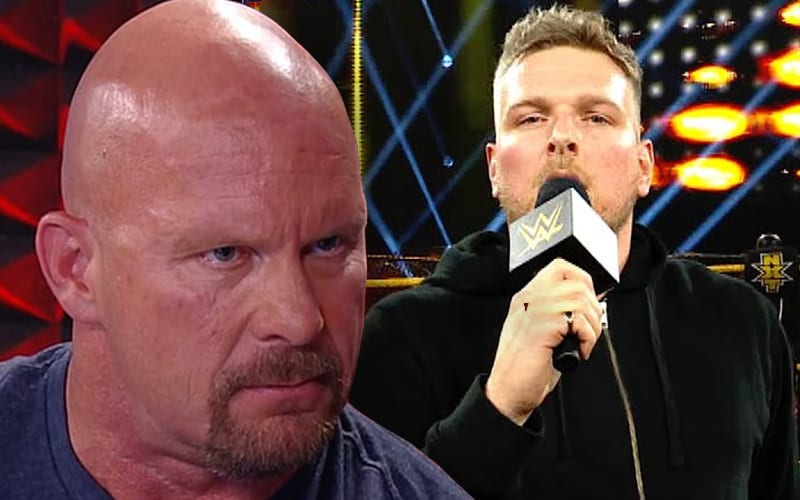 Pat McAfee had a brutal WarGames match with his Kings Of NXT. We’ll have to see what’s next for the former NFL punter, but he definitely got Steve Austin’s attention.

While speaking to ESPN, Steve Austin was asked about Pat McAfee’s performance in the ring. Stone Cold gave McAfee props for putting it all on the line. He also gave the radio host credit for slaying everyone on the microphone.

CM Punk also praised Pat McAfee, but he put it in a much different way. Punk said that everyone in NXT should be embarrassed that McAfee was able to walk in and become the best promo in the black and gold brand.

Pat McAfee might take a little break from the ring, but his last two angles were met with a lot of praise. Only time will tell if McAfee will eventually take his talents to a main roster feud next.