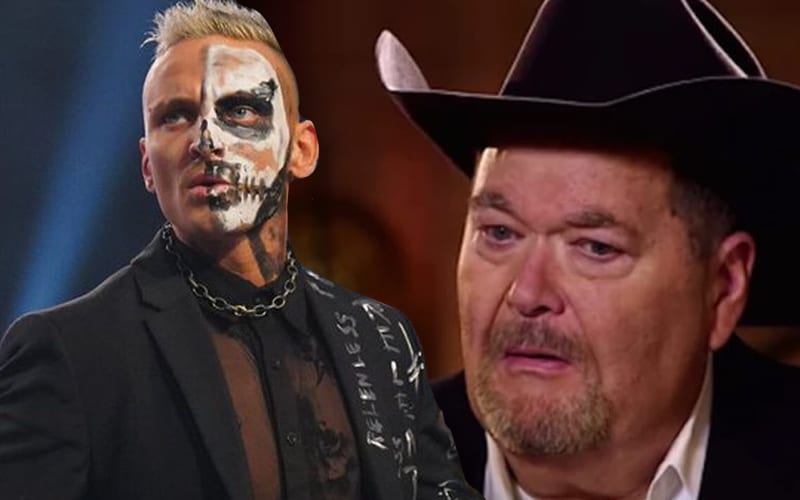 Jim Ross recently sparked a bit of controversy with his remarks about a popular diving spot often seen on AEW programming. He doesn’t like the over the top rope spot where wrestlers gather to catch “some leaping idiot.” Darby Allin agrees with him.

Ross’ comments were not echoed by people like Brandon Cutler, who posted to rag on Jim Ross’ comment a bit. He was also promoting the 14-man tag team match that will be featured on AEW Dynamite this week. That match could very well include a spot or two that Ross doesn’t necessarily love calling.

While speaking to Sportskeeda, Darby Allin was asked about Jim Ross’ controversial opinion. The AEW TNT Champion didn’t go into much detail, but he does agree with the WWE Hall of Famer.

“I love Jim Ross, and I agree with him.”

AEW stars now have a spot in their arsenals that they know will irritate Jim Ross. Some of those stars might not care much about what Ross thinks. It will be interesting to see how many of those spots take place in the future where they cluster “like quail.”

On another note, Jim Ross does have other supporters. Dax Harwood tweeted out to back up Jim Ross’ words, and also chastise younger wrestlers who refuse listening to veteran advice.