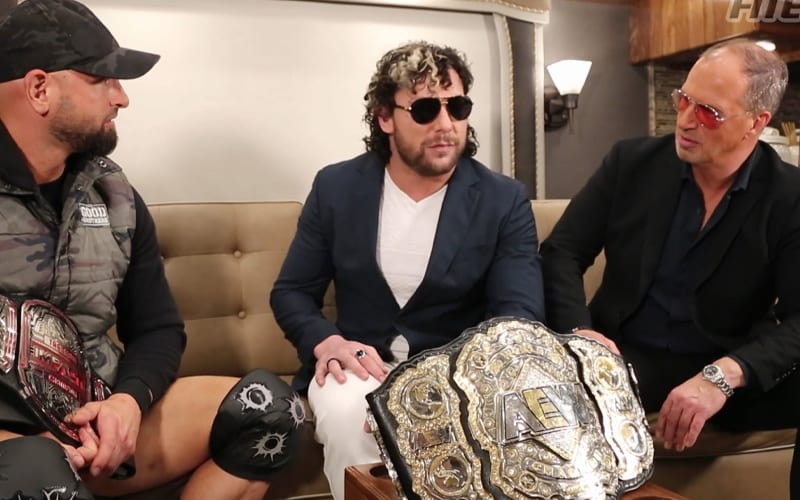 Kenny Omega showed up at Impact Wrestling’s Final Resolution event, and he wasn’t promoted. He didn’t get involved in a match, because he stayed on his bus. That led to a pretty interesting segment with Karl Anderson as they teased a Bullet Club reunion of sorts.

During Wrestling Observer Radio, Dave Meltzer confirmed that they taped the footage of Kenny Omega on the bus with Karl Anderson and Don Callis during the same shoot that aired on Impact Wrestling’s AXS TV show this week. That took place on Saturday of last week.

Impact Wrestling recorded all of their television content for the rest of the year recently. Omega and Don Callis were spotted traveling together, and they were likely heading to film that material which will air on Impact Wrestling for the next few weeks.

Kenny Omega wasn’t actually at Final Resolution, but the event was also taped ahead of time to fit with the company’s shooting schedule.