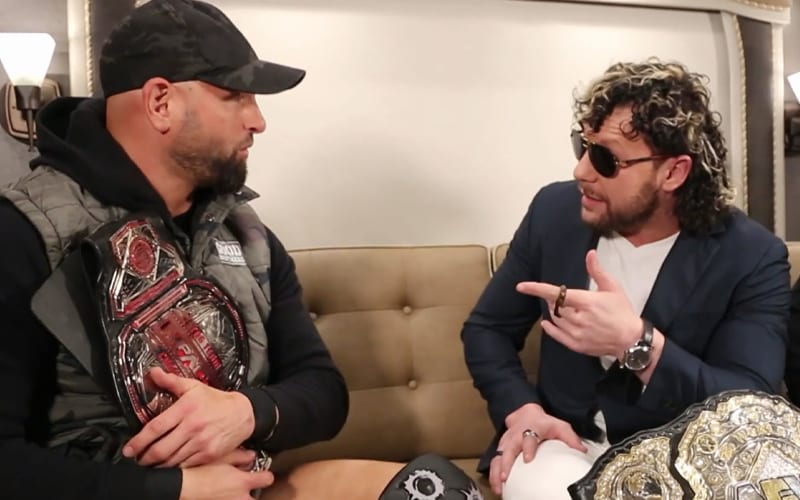 Kenny Omega is in AEW now, but he is also appearing for Impact Wrestling as AEW World Champion. He is also AAA Mega Champion, a title he successfully defended within an hour of his Impact Wrestling Final Resolution appearance.

During Impact Wrestling’s Final Resolution pay-per-view, Karl Anderson appeared with Kenny Omega. They brought up some old friends and talked about times from Japan. Omega, Anderson, and Doc Gallows were members of the Bullet Club.

Josh Mathews mentioned the Bullet Club when they went back to commentary as well. This is an interesting situation with a lot of possibilities.

It’s doubtful that they would be allowed to use the Bullet Club image, but mentioning the NJPW stable is apparently fair game in Impact Wrestling.