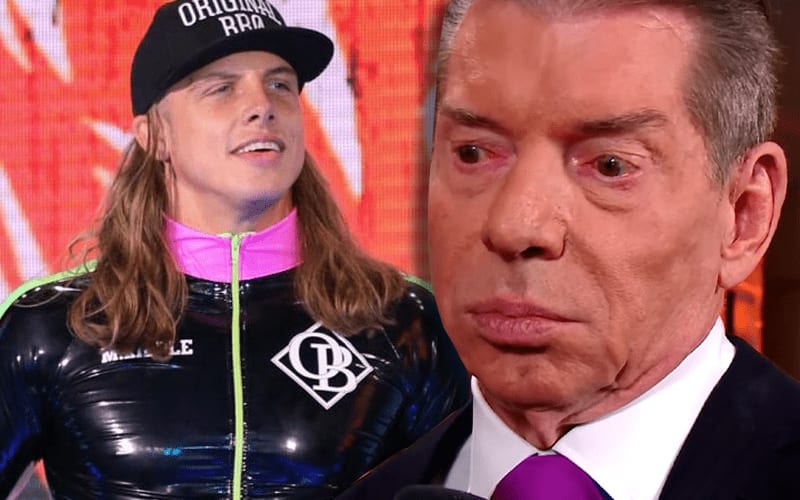 Matt Riddle is on RAW now, and that was an interesting trade during the WWE draft. There was a rumor that Seth Rollins’ heat with Riddle caused them to remain separated when it came to their brand placement. That doesn’t seem to matter right now because Vince McMahon thinks Riddle is funny.

During Wrestling Observer Radio, Dave Meltzer mentioned that Vince McMahon thinks that Riddle is funny. He doesn’t get the Fast Times at Ridgemont High character spin that Riddle is doing, but he does know that it is entertaining.

“Vince McMahon thinks Matt Riddle is funny in his own weird way, so Vince likes the guy, I don’t know if he wants to push him to a main event, but he likes him on TV doing this stuff. Vince never probably saw Fast Times at Ridgemont High and he doesn’t realize he’s doing a 40-year-old character with Jeff Spicoli. So he likes this character, he likes Matt Riddle, he just doesn’t get the bro thing, but he thinks he’s funny so we gotta keep him on TV.”

Matt Riddle is a lot more than a comedy character, and his fans certainly realize that. He is able to bring a lot to the ring, and it appears that he’s going to continue getting a spotlight on WWE television. He will also be making plenty of jokes about Bronuts along the way.