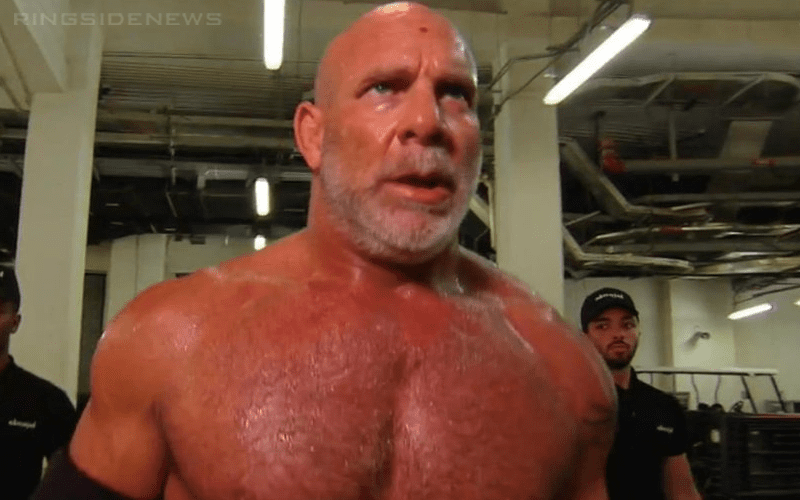 John Cena’s father is known not to mince words when it comes to his opinion of WWE’s current product. It seems he is not a big fan of the possible WWE Universal Title picture for next year’s WrestleMania.

John Cena Sr. was recently interviewed by Boston Wrestling MWF’s Dan Mirade. He discussed several topics during the interview, including putting both the WWE Title and Universal Title on Roman Reigns.

John then talked about the a possible card for WrestleMania 37. One of the rumored matches that surfaced online (we confirmed that match was never pitched) would see Roman Reigns defending the Universal Title against Goldberg at the event. It seems John Cena Sr. does not want to see that match taking place.

John also made a reference to Goldberg, who is currently 53 and said that the WWE Hall Of Famer should no longer compete in the ring. John Cena’s father then said he will not buy a ticket to see Goldberg wrestle.

John clarified his remarks about Goldberg. John Cena Sr. said he has no dislike for the former Universal Champion as a person. However, as a pro wrestler, he simply lacks the draw factor.

“‘I did it [return] because I think I’m great, the smoke comes out my nose, and I get big money.’ Please. You know what, there’s another guy that needs to understand, ‘When it’s over, it’s over.’ I wouldn’t buy a ticket to see him. I think he’s a great guy, don’t get me wrong.”

“Nothing against a man who stays healthy, who’s on the ball, I’m talking about Goldberg. He’s well put together. Please, I wouldn’t want to get in a fight with him. Let me tell you right now, I’m not knocking that end of it. I just don’t think the draw factor is there and it’s not going to work. It just isn’t going to work.”

We will have to see how the company will book Roman Reigns vs Goldberg for WrestleMania 37.

Do you agree with John Cena Sr? Let us know in the comments below!