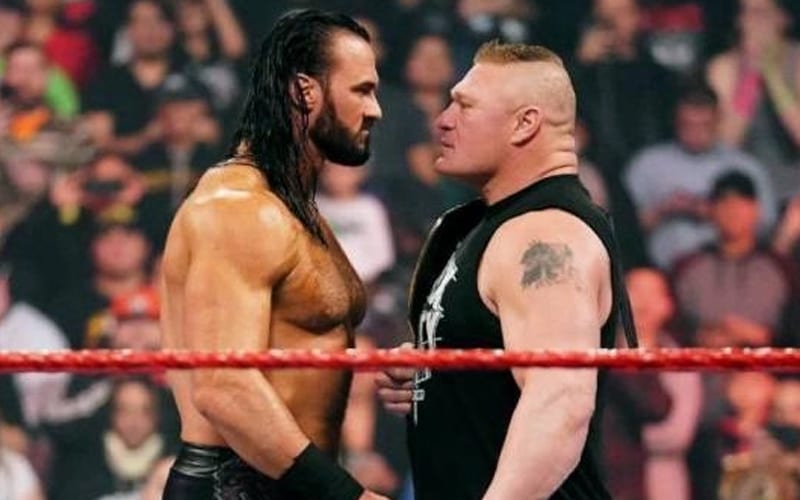 WWE fans are excited about WrestleMania plans, but the company really isn’t thinking that far ahead. There are also some rumored matches that, even though they could be a lot of fun, have not even been pitched.

Ringside News has learned that the matches floating all around the internet today were never officially pitched within WWE.

We have covered this topic extensively in the past. Vince McMahon is way behind. Royal Rumble plans aren’t even being really discussed, let alone nailed down. They do not have anything on any grid for WrestleMania 37 yet.

We were told that “those matches have never been pitched.” They were never discussed in any serious fashion. Ringside News has also been told that they “were not even discussed within the writers’ meetings where things get discussed what to pitch.”

Another source commented and used the word “bullsh*t” in their reply. It might be fun to imagine Brock Lesnar vs Drew McIntyre vs Keith Lee, and everything that it would take for that match to happen on the grandest stage of them all, but it hasn’t been pitched.

WWE has a TLC card, and it is coming together. That is as far out as they are really booking anything. We released an extensive exclusive article about what’s really going on with the WrestleMania booking process for Roman Reigns. you can check that out here.