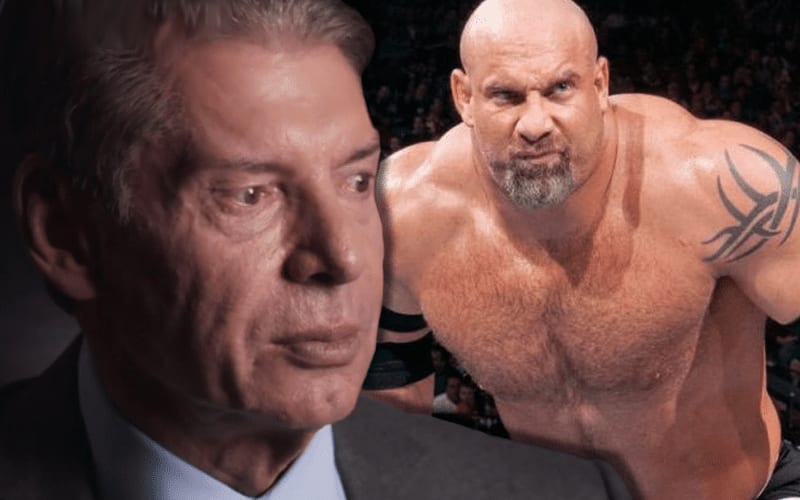 Goldberg is still under WWE contract, and he has a few matches per year with the company. We’ll have to see who is really “next” for him, but it’s really up to Vince McMahon.

The former WCW Champion is someone that WWE couldn’t immediately get following WCW’s closure. He was under contract with Turner, and he got lots of money to sit at home until that deal expired. Goldberg’s first run in WWE was less than exceptional, but he did return many years later for a bit of a revamped treatment.

While speaking to Bleacher Report, Goldberg brought up his relationship with Vince McMahon and how he hated him in the beginning. Things obviously changed when they started working together, but it was still a tough situation.

“I hated him in the beginning, and now I’d die for him. Let’s be perfectly honest. I don’t think there’s a bigger swing of judgment than I have had since I’ve been in WWE. I went into the business at WWE with unrealistic expectations. I went into WWE with my back against the wall, thinking everyone was out to get me.”

Goldberg is still quarantining, but he has remarked in the past that he lived a quarantined life even before the pandemic. We’ll have to see when he steps back in a ring, but the rumors about Roman Reigns vs Goldberg at WrestleMania 37 aren’t stopping at this point.