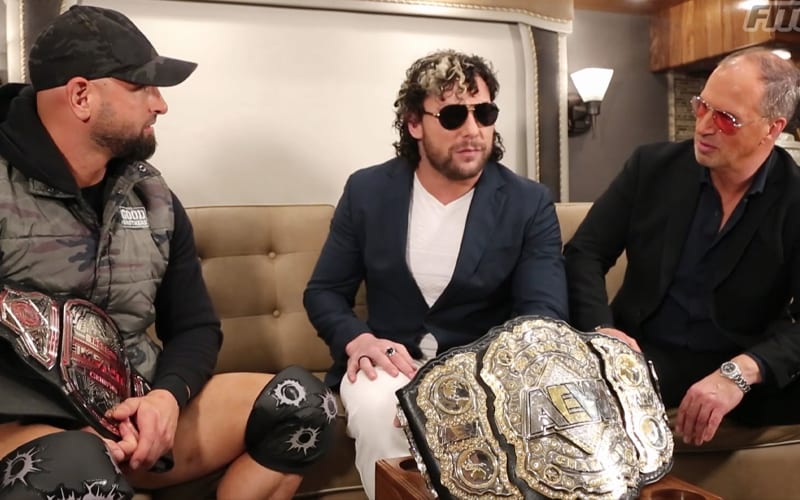 Kenny Omega won the AEW World Title at Winter Is Coming. He followed that up by taking off to Impact Wrestling where he had a lot to say. The Cleaner wasn’t advertised for Impact Wrestling’s Final Resolution, but he didn’t need an invitation.

Kenny Omega’s bus was seen next to the Impact Wrestling venue. Later on, they tried to snag an interview with Kenny Omega, but Don Callis came out of the bus instead. He confirmed that Omega was in the bus, but he was there visiting family.

When asked if Omega planned to get involved with Final Resolution, Callis reiterated once again that he was “visiting family.”

Later on, Karl Anderson was in Omega’s bus. They talked about old times and brought up Fat Ass Masa. Then Anderson said he had to go wrestle Ethan Page. Callis said he should beat Page in no time and be back for cocktails later.

It was previously reported that The Good Brothers are likely to make a trip to AEW for a match. We’ll have to see where this storyline takes us.