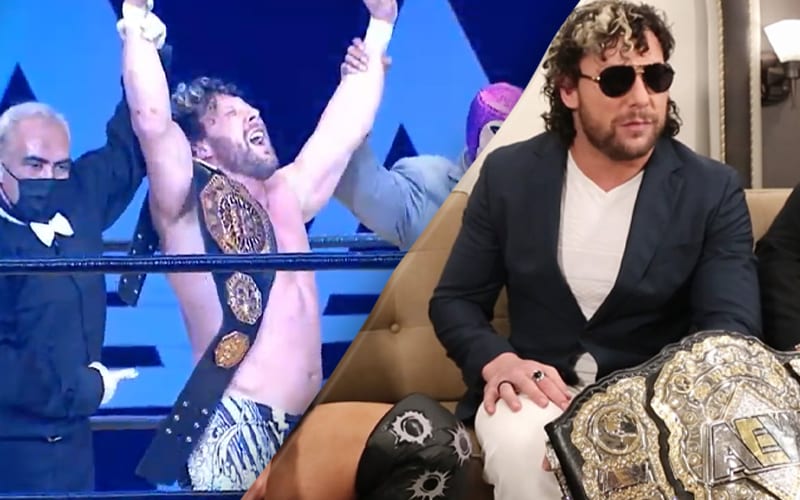 Kenny Omega is a very busy man. He appeared on two separate pay-per-view events tonight, and neither of them were for AEW.

Kenny Omega dropped in on Impact Wrestling’s Final Resolution event. He filmed a scene on his bus with Don Callis and Karl Anderson. The night wasn’t over for Omega.

Several minutes later, Omega wrestled Laredo Kid where he retained the AAA Mega Championship. This fast travel from Tennessee to Mexico City is easily explained because Final Resolution was taped.

During the AAA broadcast, they spoke about how Omega has changed since he started hanging around Don Callis. They are also playing into this new change for The Cleaner. A reference was also made to how Kenny Omega is a belt collector now. He still has two in his collection.