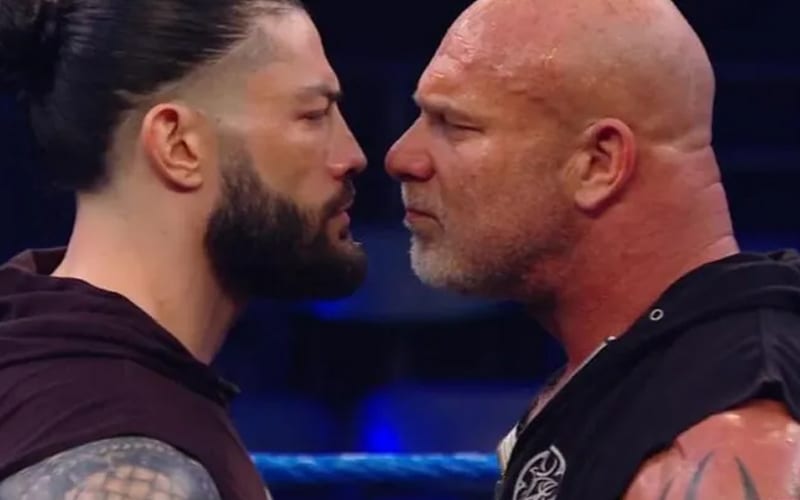 Update: We have a NEW EXCLUSIVE here at Ringside News. Please read regarding these proposed matches. They were never pitched to begin with.

Original: WWE is still building toward their show of shows in 2021. The early planning is underway, and while nothing is 100% locked down, there are some interesting ideas out there.

According to Wrestle Votes, the company’s current idea for WrestleMania includes pairing Roman Reigns with Goldberg once again. Ringside News exclusively reported that a match with The Rock wasn’t happening.

WM: Source stressed nothing is close to official or concrete, but as a working idea the following is what’s being considered:

Goldberg recently told Roman Reigns that he’s next. After stalking him in the ThunderDome, Goldberg is ready for a return. Apparently, it’s on the company’s mind to deliver that match which was cancelled from WrestleMania this year.

Edge vs Randy Orton is still the plan as well. That will be the rubber match that Edge wanted when he was taken out of action with an injury.

The company is also planning a match for Brock Lesnar, who has yet to return yet. Lesnar is reportedly penciled in to take on Drew McIntyre and Keith Lee in a triple threat match.