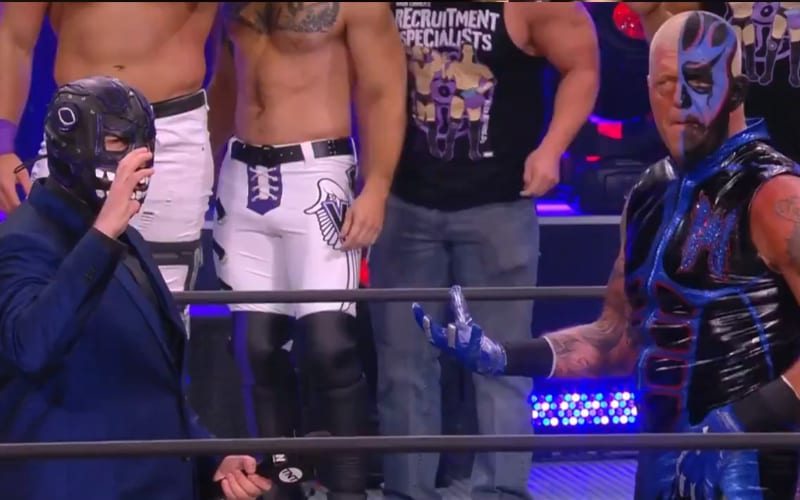 Dustin Rhodes has been through plenty of gimmicks in his life. One of them didn’t last very long at all, and that was 7. He rejected an offer this week that was easy to refuse.

Evil Uno offered Rhodes the name 7. Tony Schiavone immediately said that Dustin Rhodes doesn’t want that number. Rhodes turned down the Dark Order’s offer, and he left. Then Evil Uno said that Dustin will come back to them.

The name 7 is an obvious reference to Seven, a name that he briefly had in WCW. He broke character on-screen and created a memorable moment when he shot on the microphone. He later admitted to loving that gimmick.