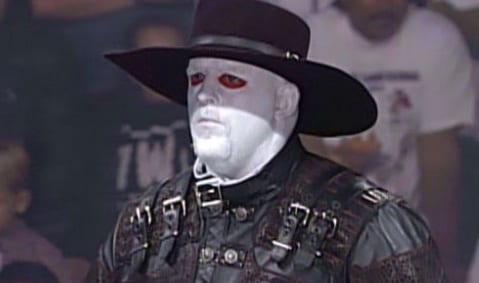 It’s always fun to look back on the years that have gone by in the world of wrestling, for better and for worse.

One time period that always seems to stand out for fans is the final few years of World Championship Wrestling, when the promotion slowly drifted into madness.

One of the strangest storylines that happened towards the back end of 1999 saw the man formerly known as Goldust show up on WCW TV as ‘Seven’.

While many fans have often questioned what exactly happened with Seven, the man himself has confirmed that the character was actually his idea – but it was Vince Russo who wasn’t a fan.

It probably wouldn’t have been a long term success for Dustin, but nobody can deny that Seven was unique.

Perhaps in another era, it would’ve worked perfectly.