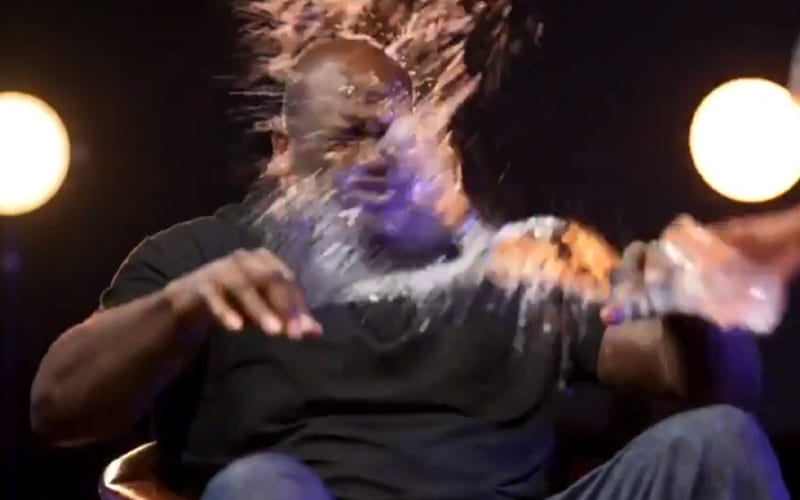 Shaq appeared on AEW Dynamite this week, and he immediately found himself on Brandi Rhodes’ bad side.

Shaquille O’Neal said that he was watching AEW Dynamite with Jade Cargill when she made her debut. He also said they go back a long time. Shaq also said that he didn’t approve of what she did to Brandi Rhodes’ arm which is why Brandi is now wearing a sling.

Brandi Rhodes stopped and said “I’m sick of your sh*t, you’re an overgrown asshole!” Then she threw a cup of water in Shaq’s face.

That was Shaq’s debut in AEW. He will apparently be around when Jade Cargill and Brandi Rhodes finally face each other, whenever that might be.