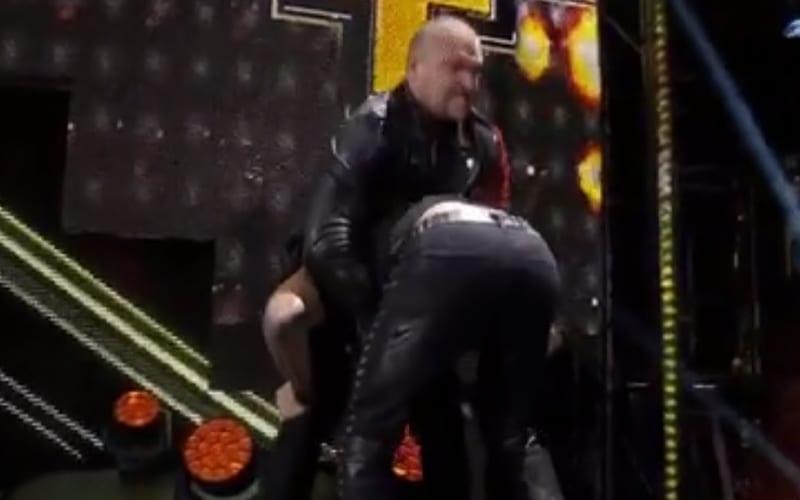 Scarlett returned to kick off NXT this week, but Karrion Kross was not there. She had a message to deliver Damien Priest, but he took a shot at Kross for waiting in the car while she handled his business. The story was far from over.

Later on in the night, Johnny Gargano and his new family were in the ring having a celebratory heel segment. Then Damian Priest came out to ruin their fun.

Just when Damien Priest was about to make his way to the ring and get revenge on Austin Theory and Johnny Gargano, Karrion Kross jumped out of the shadows next to the ramp.

Kross destroyed Damian Priest off of the barricades of the Capitol Wrestling Center before putting him through a table next to the ramp. The camera then followed Kross to the car where Scarlett was waiting on him.