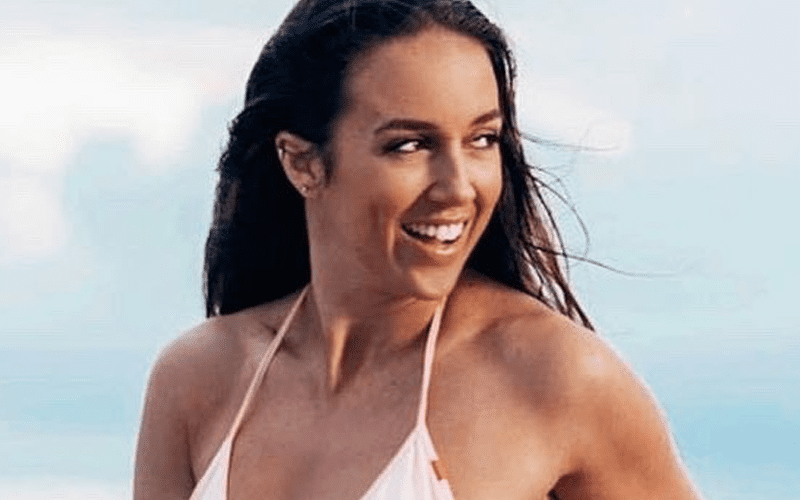 Chelsea Green is very busy on social media and rehabbing that recent wrist injury. It’s not as glamorous as some might think, even though it seems that way on social media.

Green is known for her, as she puts it, “uber sexual bikini pictures.” Ringside News is known to bring attention to them from time to time. She recently uploaded a new photo to let fans know what’s really going on.

While lounging with her dog, Green revealed the reality of what it’s like when she’s posting those photos. With Dude by her side, she likely has many pictures to choose from as she picks the best one to drop that day.

We’ll have to see when Chelsea Green returns to the ring. In the meantime, she’ll be active on social media. She’s not out taking beachside photos every day, especially with an arm injury, but Chelsea Green will continue picking her favorite photos from a collection that is undoubtedly full of plenty of unreleased content.

Fans might think there’s a lot going on, but most of the time it’s just Chelsea and Dude on the couch. Matt Cardona is around too when he’s not working out or on a figure hunt.