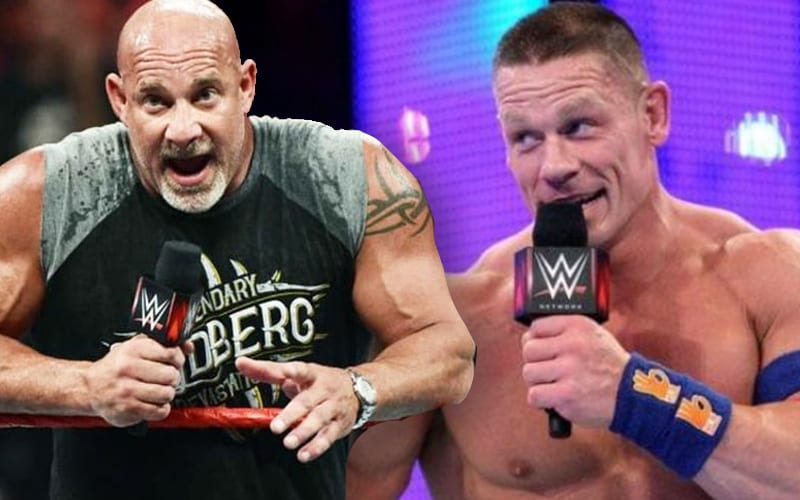 John Cena has done a lot in his career. All of the wins and WrestleMania moments isn’t what makes Goldberg jealous of him. Cena’s many instances of granting Make-A-Wishes is what Goldberg envies most.

Cena has granted 650 Make-A-Wish requests and counting. Goldberg’s number isn’t nearly that high, and he spoke about that on WWE The Bump. He admitted to being jealous that John Cena got to do so many.

“I see Cena doing all these Make-A-Wishes, and that’s the only time I’ve been jealous of anyone in the business because I think he’s done more than myself and I’m jealous in that I never got the opportunity to do it more.”

John Cena was doing Make-A-Wish requests before WWE decided to make a public relations deal out of it. Having someone like Cena around certainly didn’t hurt matters for the company.

We’ll have to see if Make-A-Wish fills Goldberg’s schedule, but he seems more than happy to grant as many wishes he can. There’s no guarantee that he’ll ever catch John Cena’s record, however, Goldberg seems willing to try.