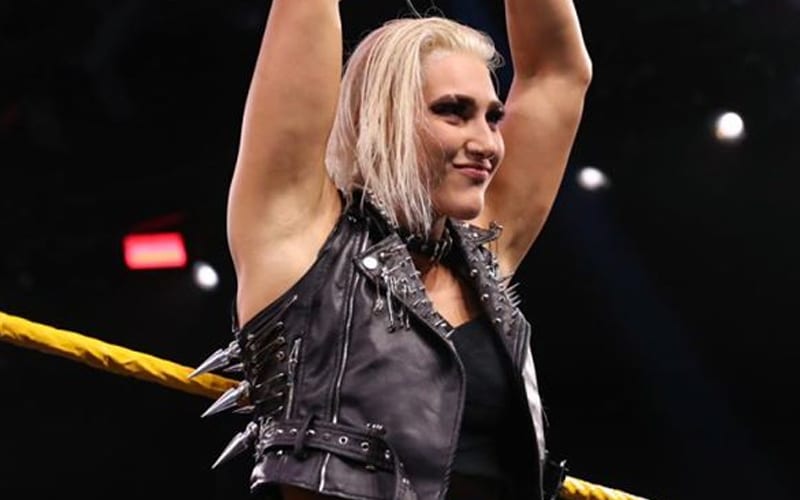 The WWE Draft moved plenty of Superstars around, but nobody was called up from NXT. Some were waiting to hear some NXT Superstars’ names, but that didn’t happen. Rhea Ripley was one of those people.

We previously covered how Rhea Ripley felt a bit deflated and lost confidence due to how WWE let her slide down NXT’s roster. She lost a few significant matches, and a call-up should be on the way, but it hasn’t happened yet.

While speaking to Chasing Glory, Rhea Ripley admitted that she was expecting to have her name called during the 2020 WWE Draft, but that wasn’t meant to be.

Rhea Ripley will join Team Shotzi at WarGames. Her main roster call-up was also expected when she lost to Io Shirai, but she remained on NXT.

Ripley is only 24-years-old and has a bright future in the company. Odds are Rhea Ripley will make her main roster debut eventually, but they’re certainly taking their time with her.