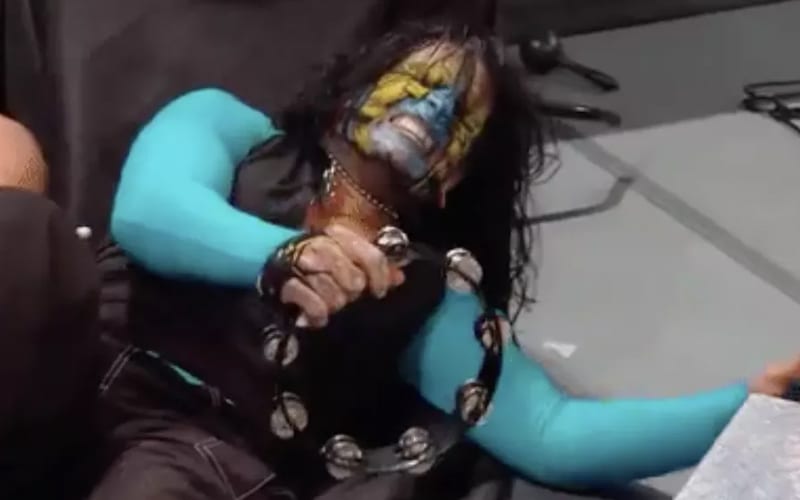 Jeff Hardy took a very dangerous dive to conclude the Symphony of Destruction match on WWE Raw this week. It is feared that he might have a concussion, but that was not the plan at all.

According to PW Insider, that dive was in the plan for Hardy, but his trajectory was not. He was supposed to clear everything and just land on Elias, but that didn’t happen.

The spot, as it was envisioned, would have seen Hardy clear everything and land on the center of the table safely.  It was one of those things where a few inches made all the difference.

Hardy hit harder than expected, and he didn’t make nearly the distance that he needed to either. He broke the table and went crashing down where the back of his head hit the steel ring steps. He checked for blood on the back of his head, but there was none. That bump hurt far more than it was supposed to.

That spot didn’t turn out like it was supposed to, but it was a brutal ending to an already spot-heavy contest.