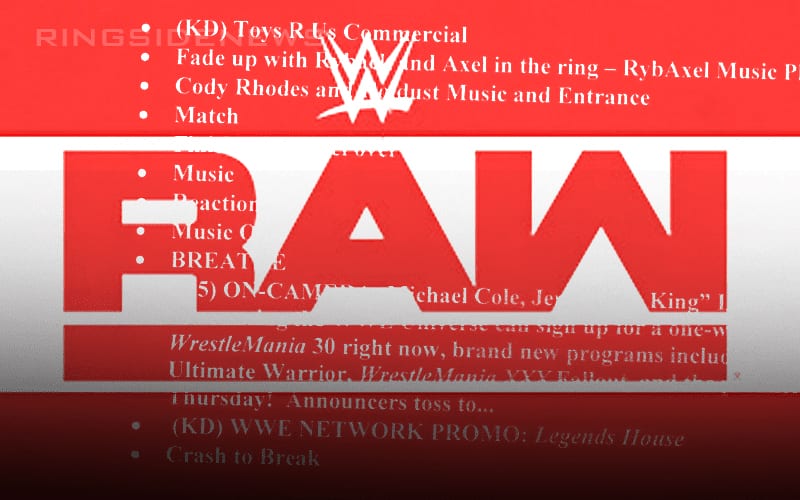 WWE has a lot going on behind the scenes, and they didn’t really get a ton of time to rehearse this week. The script was getting worked on until right before the show started this week.

According to Fightful, the final draft for this week’s show wasn’t handed in until 25 minutes before the show started. It was said that the last couple of weeks have also seen “some considerable changes.”

It was reported that some of those changes were “well beyond WWE’s control.” That comment was not expanded on, but it could mean a lot of things during a pandemic.