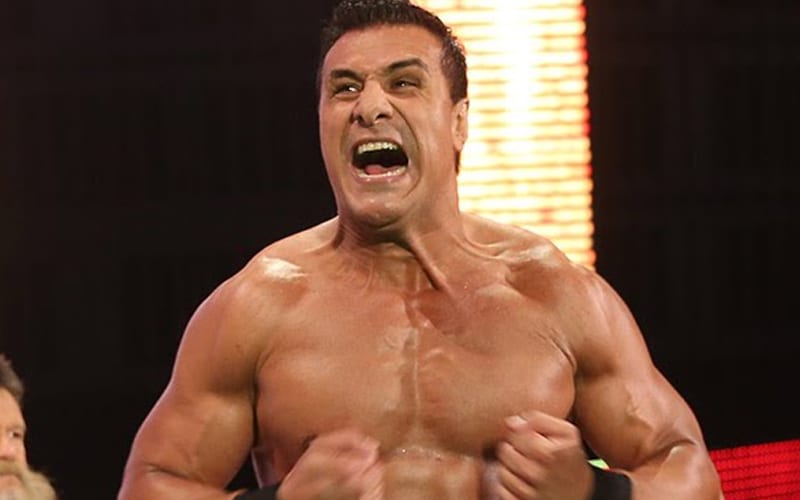 Alberto Del Rio was facing some heavy charges of second degree sexual assault and aggravated kidnapping. Those charges appear to be dropped.

Del Rio’s accuser, his ex-girlfriend, apologized to his family for her “mistakes.” Then Alberto Del Rio’s brother wrote a scathing Facebook post about her.

After some research, no current record exists for Alberto Del Rio’s case. It is noted by Dallas Justice that according to Texas State Law: “Under certain circumstances, you may be eligible to expunge your criminal record under Texas law. If a case was dismissed by the District Attorney’s office or No Billed by the Grand Jury, you may be eligible to expunge your records.”

Alberto Del Rio had a trial date set days after he was indicted by a Texas Grand Jury. He was facing charges of second degree sexual assault and aggravated kidnapping. Now those records are gone, but there is one note of his trial existing. The Bexar County website notes that:

Jose Rodriguez Chucuan [Alberto Del Rio] is charged in a multi-count indictment. The indictment alleges that on May 3, 2020, Chucuan committed one count of aggravated kidnapping and four counts of sexual assault.

It appears that those charges have now been dropped, and his records are expunged from the system at this point. We’ll have to see what is next in this situation. Alberto Del Rio did have a trial date for January 25th, but it doesn’t appear he will have to worry about that now. As of this writing, the only records available in Bexar County are from his 2016 divorce.