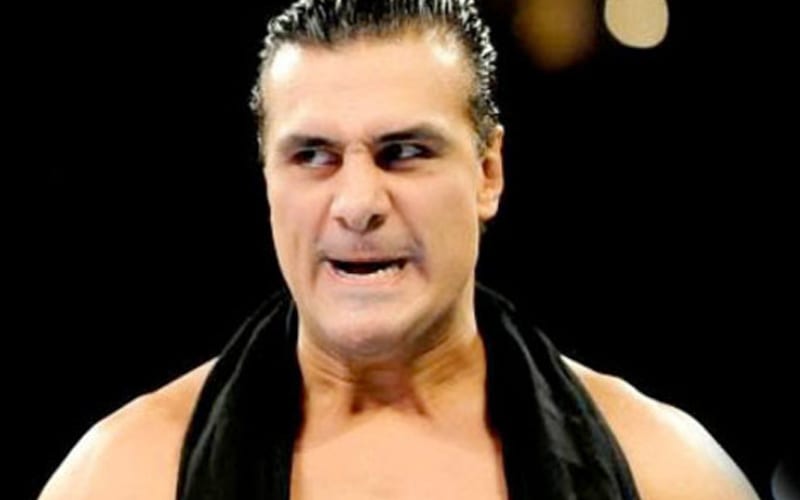 Alberto Del Rio’s ex-girlfriend posted an apology on Instagram. She was also a victim of Del Rio’s, and he is now facing charges of second degree sexual assault and aggravated kidnapping. This new Instagram post from Alberto’s ex could change everything in this situation.

Click here to read the chilling details of the allegations against Alberto Del Rio.

Hijo de Dos Caras, Alberto Del Río’s brother, wrote on Facebook that “the truth always falls under its own weight.” He said that Alberto’s ex is a “garbage person” who leveled false allegations against him.

«Well, band, as everyone knows, the truth always falls under its own weight. After so many months, finally the garbage person who accused my brother of something totally false, spoke with the truth admitting his lie, and although he apologized in such a mean way , after everything he caused to me brother and my family, both personally and professionally.”

“Hopefully it will serve for those people who destroyed my carnal to open their eyes and for those people who supported him and did not turn their backs on him, do justice because in the end he, like many other celebrities, was the victim of an advantageous and greedy person , like so many who abuse the spotlight and try to profit at whatever cost… The truth will set you free «.

As of this writing, we have no idea what Alberto’s ex really meant by her apology. Del Rio’s brother seems to think this is an admission that her story was false. That was not made clear in her Instagram post as she only apologized to the Del Rio family for her “mistakes.”

We will continue to monitor this ongoing story here at Ringside News. Alberto Del Rio is still set to go to court on January 25th to deal with this situation. It could have a much different result next time around.

Thanks to William Beltrán of Superluchas for passing this along