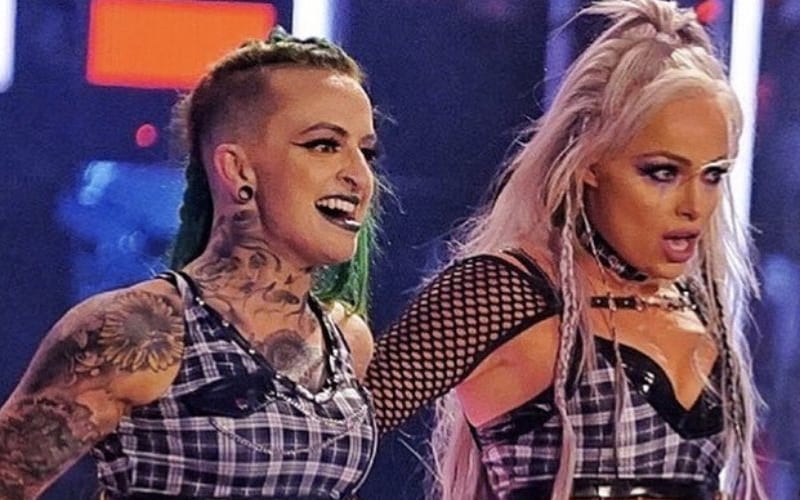 Liv Morgan and Ruby Riott re-formed the Riott Squad and they have a second chance that some teams are not afforded in WWE. Sarah Logan was released in the meantime, and she is now expecting a baby with her husband Erik of the Viking Raiders. Logan was very happy for her Riott Squad sisters after their reunion.

Morgan realizes that second chances don’t come around very often for teams, and she wants to do things different this time around.

While talking to WWE The Bump, Liv Morgan opened up about the second chance that the Riott Squad received from WWE. She said that they didn’t get to accomplish everything they wanted the first time around, but now they can re-write history.

I didn’t see myself as a tag team partner, and these girls had like a history together, they’ve been best friends for ten years. So I was very happy, but I was a little bit, not hesitant, I just, you know, didn’t know them that well. And then right away, we realized we have so much in common. Physically we couldn’t look any [more] different from each other, but we have so much in common that it became such a sisterhood. We’re so focused because we know, the first time around, we didn’t do all that we think needed to be done. And now we have this rare opportunity to kind of rewrite history and to now do everything that we wish we had done.

Liv Morgan also has a new WWE Network special coming up. Fans will soon see what the last 16 months of Morgan’s life has been like as she was separated from the Riott Squad and sent off on her own. It was a bit of a bumpy road at times, but Morgan seems to be very happy to be riding with Ruby Riott once again.