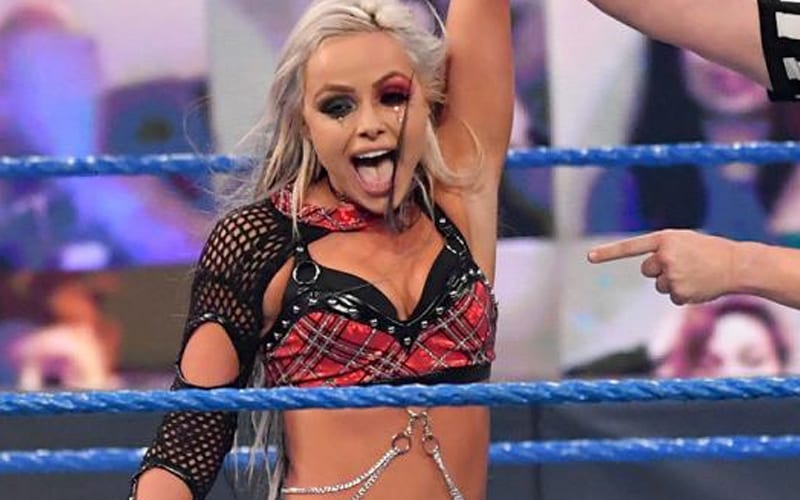 WWE Survivor Series is November 22nd, and Team SmackDown grew by one member this week. Liv Morgan won a spot on the blue team and she will join Ruby Riott who clinched a spot last week. It is a very happy time for them, and Sarah Logan is elated as well.

Ruby Riott and Liv Morgan filmed an interview following Liv Morgan’s big win. They were very excited to be on Team SmackDown together for Survivor Series. Sarah Logan, the third member of the OG Riott Squad, was released on April 15th. She is now pregnant with her and Erik Rowe’s first child.

Sarah Logan, who now goes by Sarah Rowe, tweeted a reaction to Liv and Ruby’s happy backstage interview. Rowe said: “Makes my heart happy.” Obviously, she is very excited for both of them.

The Riott Squad went from a trio to a twosome, but both Ruby Riott and Liv Morgan will represent the blue brand on November 22nd.