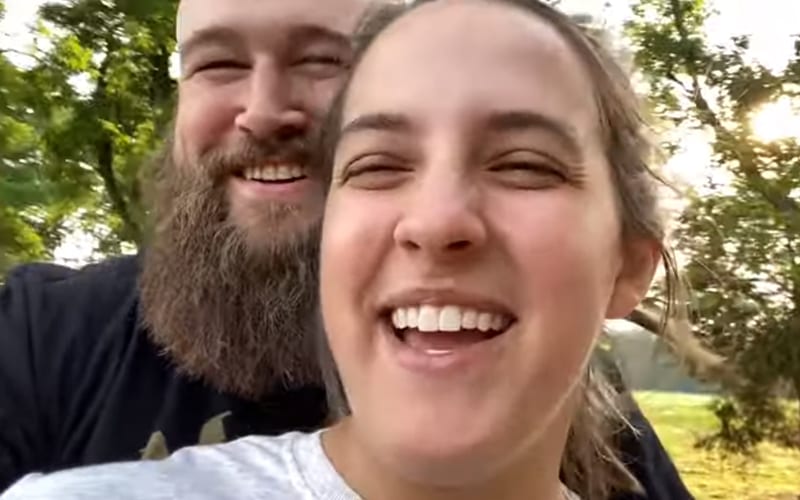 Former WWE Superstar Sarah Logan is married to Erik of the Viking Raiders. They are expecting their first child and they recently had a gender reveal for everyone.

They were very excited to reveal on their YouTube channel that they are having a boy. The Rowe name will live on and they are very happy about that.

“It’s a boy,” Erik confirmed. “We had actually picked out names for whether it was a boy or a girl. And because it’s a boy, we are going to name him Raymond Cash Rowe. I’m named after my father who’s named after his father. He will be Raymond, son of Raymond. We’ve been calling him ‘Baby Cash’ just to, kind of, separate, because I was ‘Jr.’, and he’s going to have a different middle name than me.”

Once Baby Cash arrives he will undoubtedly get a lot of attention. Liv Morgan already promised that she will be the “Cool Aunt.”

Congratulations to Erik and Sarah from everyone at Ringside News.