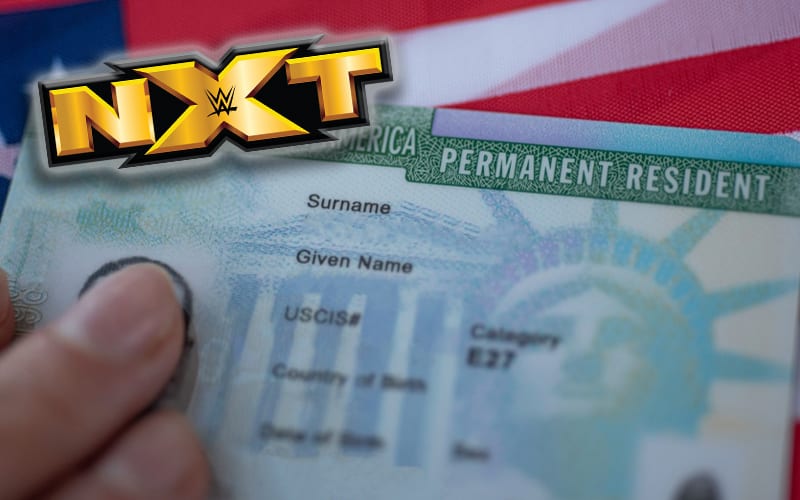 WWE released Cezar Bononi from his NXT contract on April 15th, and it wasn’t an easy journey for the Brazilian pro wrestler.

We previously covered how WWE didn’t pay Bononi much at all. A $150 raise was seen as a very big deal for him at the time. The company also didn’t make it easy for him when it came to his paperwork.

Cezar Bononi spoke to Dan Matha on his ‘Spark In The Dark’ podcast. This is when Bononi revealed that WWE didn’t want to help him get a Green Card. That would have helped him immensely. His wife would have been able to get work while in the United States, but the company pressed Bononi to keep things as they were because his case “wasn’t strong enough.”

“Of course I had talked to WWE before about applying for a Green Card. They never wanted to help me out with that. They said my case wasn’t strong enough, that it was better for me to stay on [a] P1 visa, which my wife cannot work any place. I can only work [for] WWE. If they fire me, I gotta go back [to Brazil] so there was a little bit of interest [for] them having me on that instead of a Green Card. So I called this attorney, he said this, ‘So, there’s two options. You got an EB2 visa which is an exception of abilities which applies to you. You got exceptional abilities on sports and arts, or we can just apply for a student visa then you gotta go to study English and you just can stay here and work part-time.’ Of course I don’t want that. So I go, ‘Okay, let’s go for this EB2.’ ‘There’s one problem.”

“This EB2 is closed, nobody can apply for it and we don’t know when it’s gonna open,’ and I was [like], ‘Okay, I knocked on the [proverbial] door.’ I knocked on the door, right? But still, there’s this student visa stuff. So, I’m there, waiting two, three more days. Then I wake up one day, pick up my phone. First email, email from the attorney: ‘I don’t know what happened, but EB2 is open. You can apply for it right now.’ Like that. We had no idea. Then my wife wakes up and I, ‘Hey baby, you want some good news? EB2’s open’ and she [said], ‘Oh, you got news? I got news too’ and she showed me the test that she’s pregnant and we’d been trying for four years.”

Cezar Bononi is still in the United States, and he’s made appearances for AEW since his WWE release. We’ll have to see what’s next for him, but he’s hopeful that the next chapter in his pro wrestling career will be much brighter.