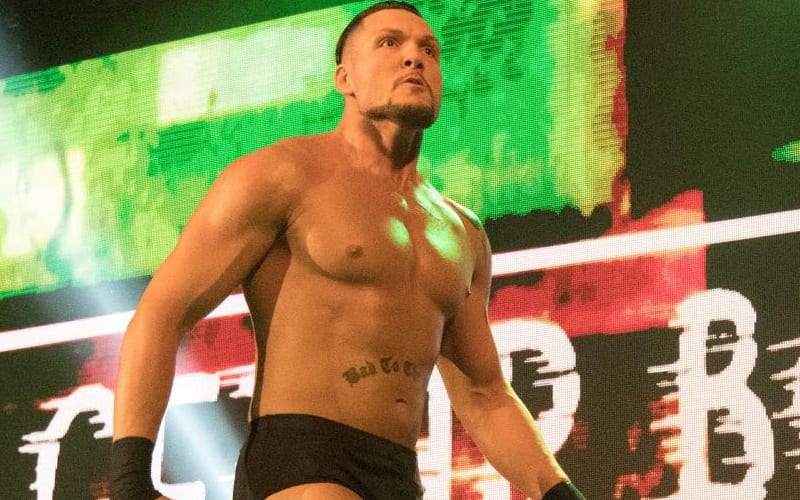 WWE doesn’t pay their developmental stars very much compared to the main roster talent. They recently changed their strategy in regards to shorter term contracts, but that wasn’t always the case. They also weren’t offering very much at all for newcomers.

Dan Matha had former WWE NXT Superstar Cezar Bononi on his ‘Spark In The Dark’ podcast. During their interview, Bononi spoke about how little WWE was paying him. He couldn’t afford to do much of anything, let alone go to an amusement park or pay for cable.

He was also advised by others to stay away from fellow Brazilians in Orlando because they would scam him. This is advice that he heeded.

“It was hard to adapt. It was really hard adapting. It’s just me and my wife and it’s nobody close. Everybody told us, ‘Don’t get close to Brazilians [in Florida] because Brazilians are gonna scam you,’ and we really believed that, even though we did not need to work with Brazilians so there’s no way we could get scammed by other Brazilians. We believed that so — that was a mistake that I did, because we were feeling alone.”

“We did not have money to do anything. It took me two and a half years to go to [an] amusement park, living in Orlando, because money was so short that I could not do anything like that. It took them [WWE] a long time for them to help me out a little bit. Like, ‘Hey, here’s a raise.’ It took me almost two years. So, I was getting $600 for like six months [per week] then, when I finally got paid off, it felt like a raise because I was getting $750. Oh cool, I can buy a TV right now, but I cannot get cable and that’s how it was. It was hard in the beginning but that also helped me build my character even more.”

Bononi also revealed that WWE wouldn’t help him get his work visa, instead keeping him on a P1 which didn’t allow his wife to work. The company eventually released Cezar Bononi on April 15th. He has since appeared for AEW on several occasions.