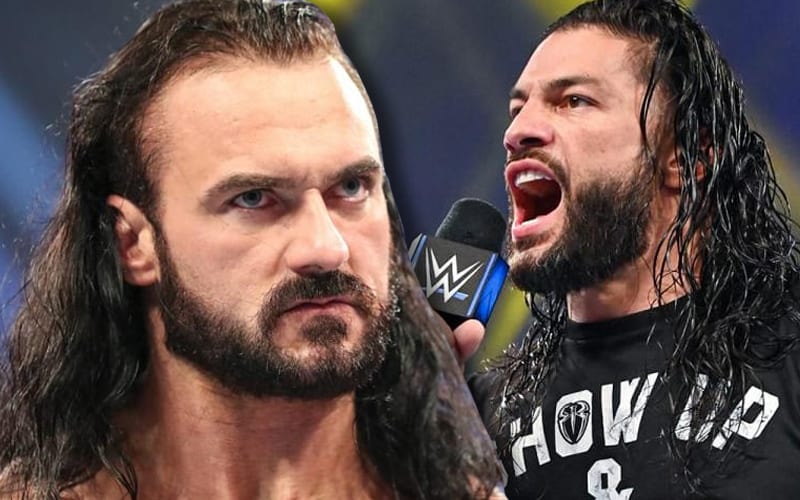 Drew McIntyre and Randy Orton will battle on Monday’s episode of RAW for the WWE Title. That match could change the Survivor Series card in a big way. The King Of Claymore Country is ready to face The Tribal Chief.

McIntyre sent a warning to Reigns on Twitter as he said: “Forging a legacy for myself, no family to open doors for me. First I beat Randy and reclaim my WWE Title, then I’m coming for you Roman.”

Drew McIntyre’s intentions to take down Roman Reigns were not lost on the WWE Universal Champion. He returned fire and corrected McIntyre. To Reigns, it’s not about getting in the door, it’s about owning the room once you’re in there.

The whole “family opening the doors” thing is so played out and just an unoriginal excuse. Free lesson for you, Drew. It’s not about getting in the door, it’s about owning the room. Which you will never do..while I’m around. Good luck on Monday at

Drew McIntyre vs Roman Reigns could be a huge match best saved for an event down the line. You can also never put it past WWE to change up their plans. Vince McMahon has been known to go a completely different direction with things, especially as the company approaches an event.