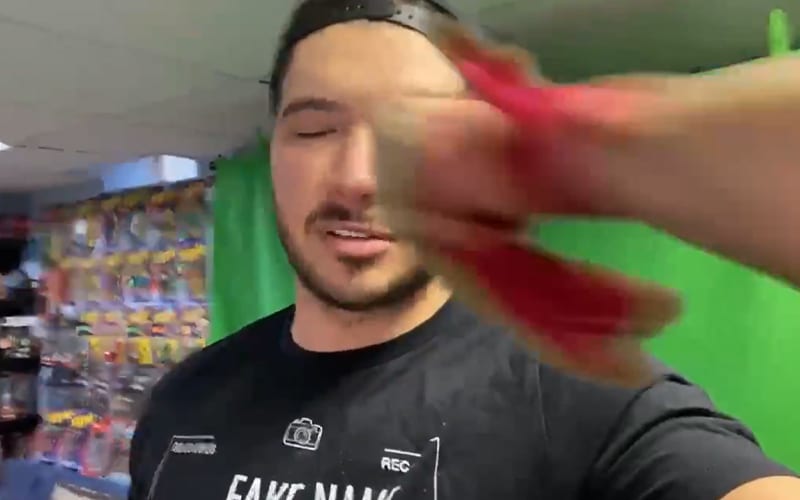 Ethan Page and Josh Alexander lost the Impact Wrestling Tag Team Titles at Turning Point, and that might be the last we’ve seen of Page for a while, because another persona has apparently taken over. The Karate Man is tired of Page’s weaknesses, and it’s Karate Man’s turn to make some headlines.

Page tried to post a vlog after The North’s heartbreaking defeat to The Good Brothers at Turning Point. Click here for full results from that Impact Wrestling pay-per-view. Ethan Page’s emotional update did not go according to plan.

Karate Man punched Page out and left him on the floor. The Karate Man then cut a scathing promo on Page as he announced that he is taking over. This was concluded with Karate Man giving Page the finger.

The North’s contract status is an interesting situation. A report came out a while ago that AEW is interested in them. FTR’s request to wrestle a series of matches with the former Impact Wrestling Tag Team Champions certainly doesn’t hurt the situation.

We’ll have to see what 2021 holds for The North, but Ethan Page’s Karate Man gimmick isn’t done with 2020 yet.