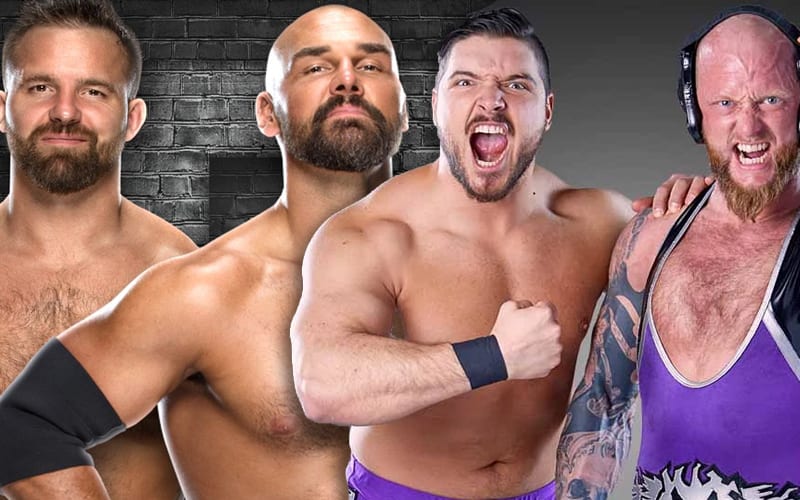 WWE released The Revival and they became FTR. The Top Guys are looking to shake things up in AEW, and now they have an interesting invitation from Impact Wrestling as well.

Dax Harwood tweeted out in response to a video of his performance on Dynamite. He wanted to make it clear to everyone why FTR are such a great tag team.

Real quick; this is what makes us a great tag team. Not fancy double teams. Not 30 second sequences. Keeping the fresh man in, using your partner, knowing where each other is at all times, feeding him & he executes. That’s all. Back to the ice!

Ethan Page tweeted back to Harwood saying that they need to work together soon. This excited a lot of fans who would love to see those two teams wrestle each other.

The situation really took a turn when Scott D’Amore chimed into the conversation. D’Amore said that he has “mad respect” for FTR. Then he proposed a series between FTR and The North.

D’Amore also tagged Chris Jericho in the tweet as he asked Le Champion how they can make this series of matches happen. He might have wanted to tag Tony Khan, but we’re sure TK will get the message.

Cash Wheeler chimed in and told D’Amore to get their phone numbers from the Good Brothers. Let’s hope that he did.