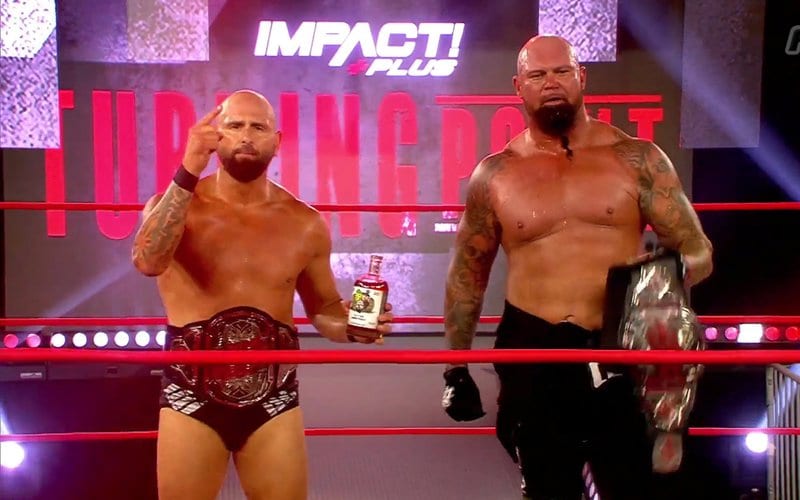 Impact Wrestling’s Turning Point included a title change, and a big moment for Anderson and Gallows. It was also a very short reign for the defending champions.

Click here for our coverage of Impact Wrestling’s Turning Point.

The North defended their Impact Wrestling Tag Team Titles against The Good Brothers at Turning Point. Ethan Page and Josh Alexander just won those titles at Bound For Glory. Since then, Karl Anderson and Doc Gallows have been after them. Now the Good Brothers are the champs.

This is a big achievement for The Good Brothers. They are on a mission to prove themselves following their WWE releases. They are well on their way to doing just that. This big win also took place on the night following their second TalkNShopAMania pay-per-view.

The North aren’t going to be happy about this at all, but it’s a great time to be a Good Brother.