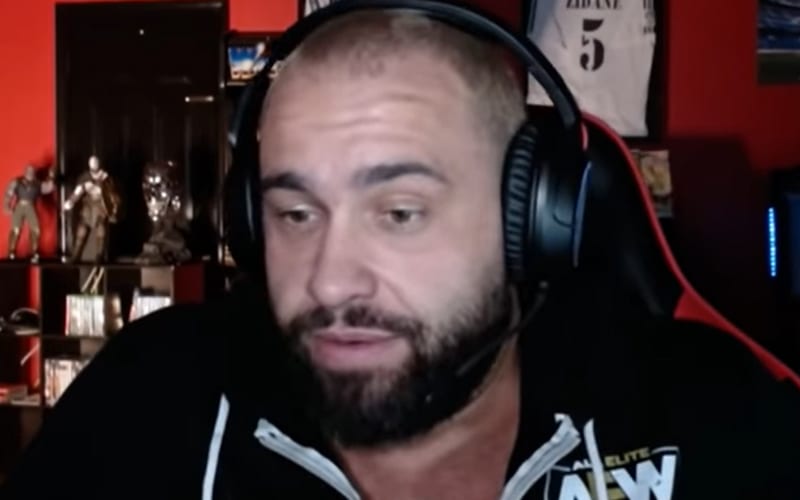 Miro didn’t start on Twitch until after WWE released him from the company, but he wouldn’t leave the platform if the company told him to.

WWE put forth a third party ban on third party websites. Twitch was included in that ban, and plenty of WWE Superstars had to leave the platform. Zelina Vega was released from WWE yesterday. WWE’s third party ban and support of unionization were huge contributing factors.

During a recent Twitch stream, Miro stated that he would not have left Twitch for WWE. In fact, he wouldn’t have quit Twitch either at WWE’s command.

“She’ll be fine […] hey, it’s always somebody’s loss. I think that she wanted to do Twitch so that’s the best decision, the best move for her. If I were in her place I would have done the same. Well, yeah, she loves Twitch. She wanted to do more than just wrestle so she stuck to her guns. Now she’ll have the opportunity to do whatever she wants. I don’t know why everybody’s feelings bad about it. Don’t feel bad about it. She’ll be fine. She’ll be able to do anything now. There is nothing to stop her.”

Zelina Vega could end up in a number of places in 90 days when her non-compete clause with WWE is over. She will be on Twitch in the meantime, and she had a heartfelt, honest, and emotional message to give upon her return to the platform.

The Best Man filmed the entire unboxing of his Twitch setup following his release from the company.

Miro fully supports Zelina Vega, because now she is free to do as she pleases just like he is.