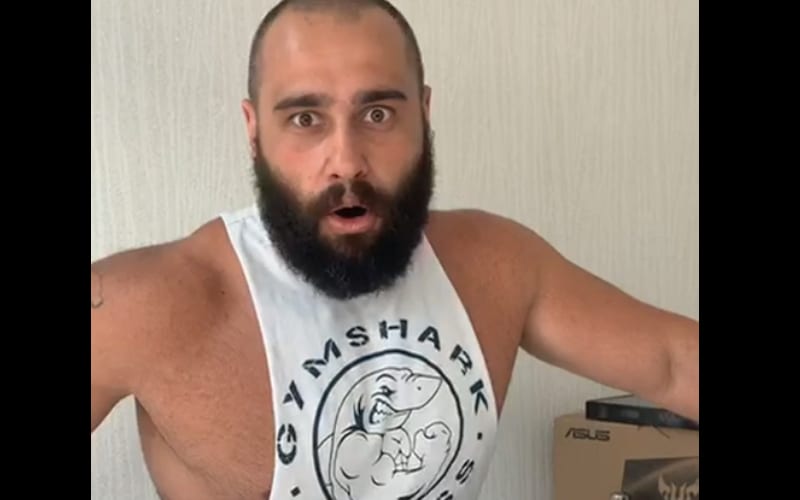 Rusev was released from his WWE contract on April 15th, but he’s not letting that get him down. He moved out to Los Angeles, and he seems to be happy.

The Bulgarian Brute recently bought a set-up to join Twitch and he let fans watch him unpack his haul. He got the whole kit to get started. Rusev admitted that he might not understand how all of it works yet, but he wanted to show fans that he’s a one-man operation.

Rusev also confirmed to fans that he moved to Los Angeles. He loves Nashville, but he said that LA is their home now. He did remark how he might go back to Tennessee. Right now he’s busy in LA with his new Twitch set-up.

He said “we”moved to LA, so Lana went with him. She was in the video, but didn’t show up on camera. The two are still married despite what’s going on within WWE’s storyline.

Rusev also said that he is going to do videos with Lana where he teaches her how to play video games. She has apparently asked him on multiple occasions to teach her how to play, but he’s always refused before now.

Look for Rusev to pop on Twitch and really up his game on the popular streaming channel. He’ll be in LA if anyone needs him.