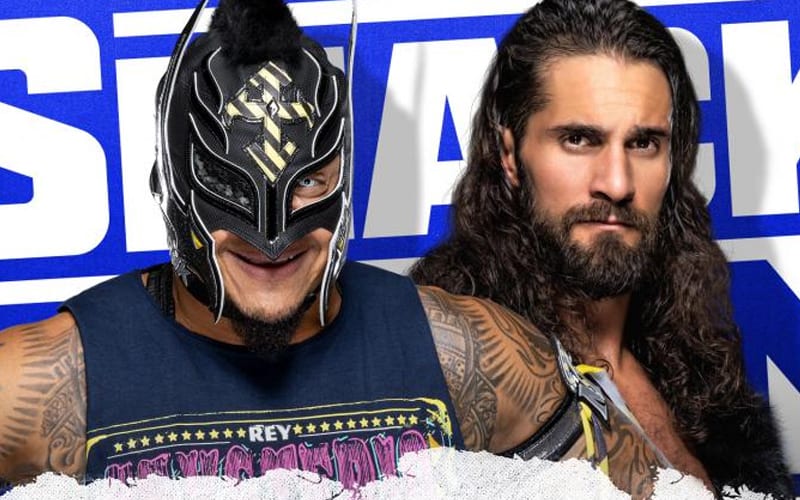 WWE didn’t have anything booked for SmackDown tonight, because they had to change everything around. Ringside News has kept you guys up to date about the chaos backstage.

The company announced two matches for tonight. First off, Seth Rollins will face off against Rey Mysterio in what the company is promising will be “their final chapter.” It would have been nice to have some time to hype that match.

Sami Zayn will also wrestle tonight with his IC Title on the line. He will defend his title against Apollo Crews. Yet again, it would have been great if WWE let fans know about that title match ahead of time.

We will continue monitoring this week’s show right here at Ringside News.