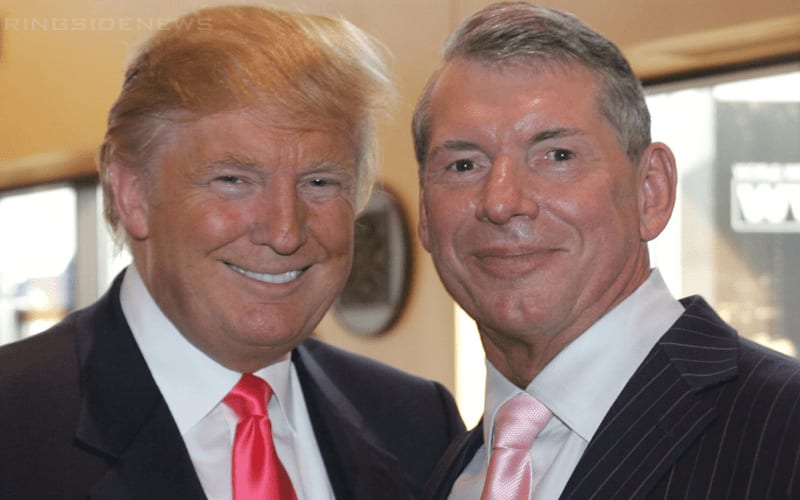 WWE news and politics can sometimes run alongside each other, especially when WWE is owned by a man whose wife runs a Super PAC for Donald Trump. The 2020 Presidential Election was called on Saturday, but was it a discussion backstage?

Vince McMahon missed SmackDown on Friday. This was exclusively reported by Ringside News. It’s unclear why he was absent, but there was a very big political situation going on at the time.

Ringside News has learned that the 2020 Presidential Election was talked about backstage. One person remarked to us that “the rest of the world is talking about it, aren’t they?” There were no arguments, nobody had heat, and the topic was not barred from conversation.

Joe Biden was declared the projected winner of the election on Saturday. Andrew Yang already promised on several occasions that he will help WWE Superstars’ in their current situation with the company. WWE considers them as independent contractors, and even Lance Storm’s accountant refused to file his taxes with him listed as such.

One tenured member of the team remarked that “I am sure Andrew Yang is going to give Vince McMahon a lot of headaches.” There is no way to know how much of a focus WWE will actually receive.

The upcoming Biden administration has a lot of serious issues to address including the COVID-19 pandemic. WWE might not be a huge priority right now, but Andrew Yang likely won’t forget about what he said in the last few months.