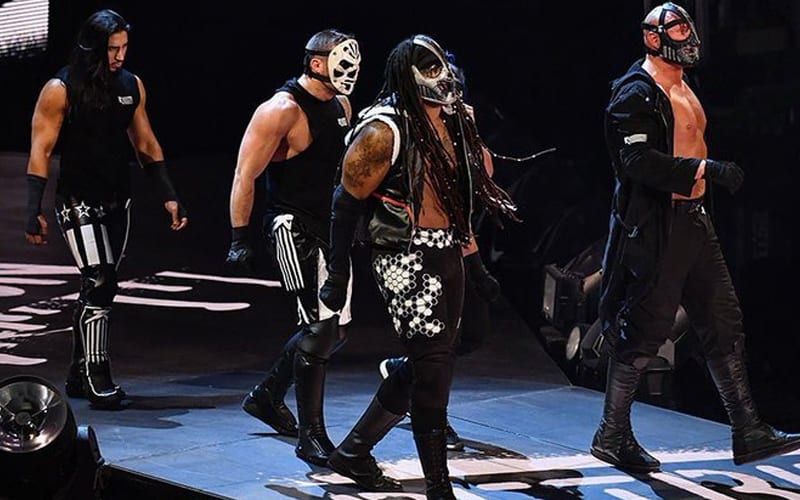 Ali tweeted out a photo of Retribution as they made their way to the ring. He is pictured in the back of the group, but he explained his strategy for making that decision.

A leader stands in the rear. In that position he can see everything. He sees all of the pack. He sees danger. He sees direction. #RETRIBUTION

Retribution was formed on a weekly basis as Vince McMahon came up with the idea on the fly. They finally materialized into the faction we see today. Mustafa Ali isn’t done with Retribution, and they will continue carrying the message that all WWE Superstars need to take notice.