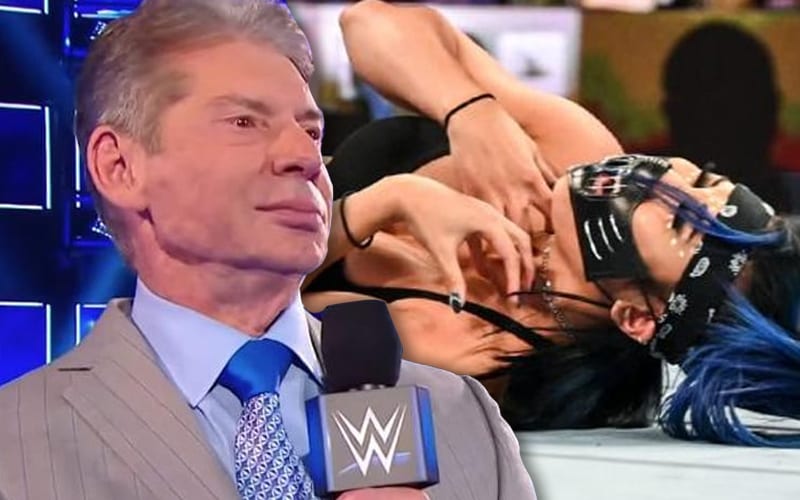 Retribution faced the Hurt Business on RAW this week, but one spot got a lot of attention from someone who wasn’t even in the match.

According to Fightful Select, Vince McMahon wanted Reckoning to “mimic a seizure” during that match. This is something she was actually called out for, and she had to explain the spot publicly.

People spoke up and they said that it wasn’t in “good taste.” Eventually, the spot was changed around to a “possession,” and Vince McMahon liked how it went down.

We’re told that she, among others spoke up that the method originally pitched was not in good taste.

McMahon didn’t like how Reckoning was referred to as Mia Yim during that spot, but he did enjoy the possession. Some fans were still very upset about this spot because it was so close to a seizure anyway.