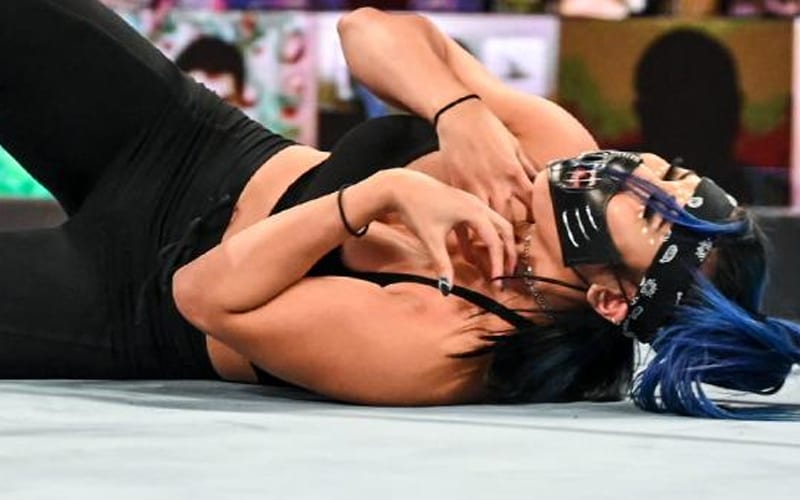 Reckoning caused a distraction during RAW as Retribution faced the Hurt Business. Since intergender wrestling is a no-no in WWE, she had to get involved in another way. She dropped to the mat and started convulsing. This helped her team, but it also got her ejected. Now she is clearing up what happened.

One fan wasn’t happy about what Reckoning did on RAW. He suffers from seizures and didn’t like her acting like that was happening. She cleared the air and let this fan know she was possessed and not epileptic.

Not a seizure. Not an epileptic. A “Possession”. To clarify, I would never fake a medical condition like those.

Another fan called Reckoning’s performance the “worst acting of all time.” Her reply was: “It worked.”

We’ll have to see what’s next for Retribution, but it would be nice to see Mia Yim wrestle on RAW, even if it’s as Reckoning.