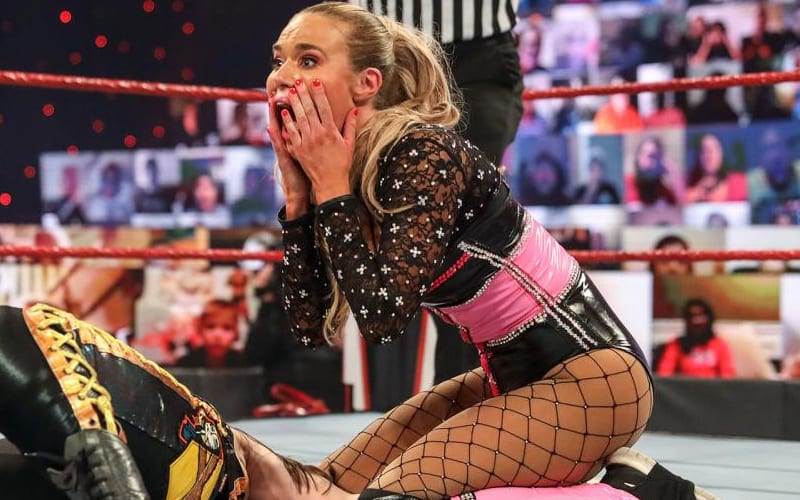 Lana won a match on RAW this week that got her a spot on Team RAW during the 2020 Survivor Series event. Then she was put through the announce table once again. This is a trend that the company thinks will help get her over with the fans in a big way.

During Wrestling Observer Radio, Dave Meltzer explained that WWE’s plan for Lana is to turn her babyface. That has not changed. It was previously reported that the company wants to turn Lana into a mega babyface, and that is still in motion. They are using those constant table break spots to make it happen.

“I was told by the second or third table break that she’s gonna get — the idea is that they’re gonna put her through that table over and over again… not only expect her, but to be a hot babyface, absolutely. Whether it happens or not is a different story, but absolutely.”

WWE thinks that putting Lana through the announce table every week will eventually get her over. This week’s RAW saw a sixth table break spot. The idea is that Lana continues to get opportunities, but she also takes a ton abuse along the way. We’ll have to see if it catches on.