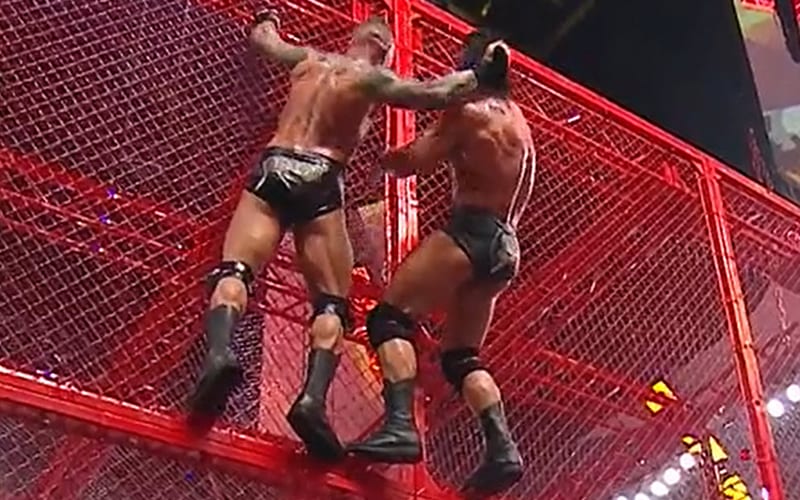 Drew McIntyre wanted to be a WWE Superstar since he was a child. That childhood was greatly influenced by watching legends make history while he watched from home in Scotland. Last night he had an opportunity recreate some of that magic.

Drew McIntyre lost the WWE Title at Hell in a Cell due to a brutal match against Randy Orton. That match included a bump off the side of the Cell though an announce table. Dave Meltzer explained on Wrestling Observer Radio that this was something that McIntyre wanted to do.

“When Drew Galloway was a kid he saw that match with Shawn Michaels and Undertaker — the first Hell in a Cell match — and this was the bump that happened in that match, so there was a part of him that wanted to take that bump, so he did.

Drew McIntyre isn’t the WWE Champion anymore, but he’s still on top of the roster. We’ll have to see what’s next for McIntyre, but WWE is likely already making even bigger plans for WrestleMania.