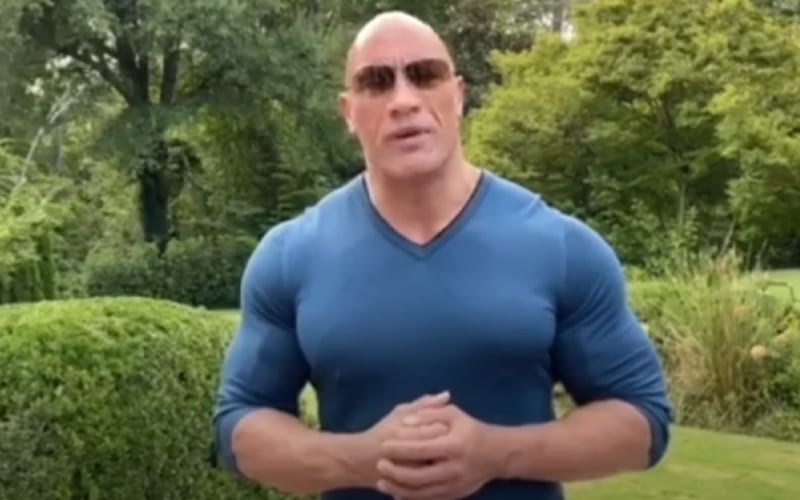 Impact Wrestling has a new Hall of Famer in Ken Shamrock. The company also had a huge name to induct him, Dwayne “The Rock” Johnson. The Rock is a very busy man, and he likely got two important video obligations done at the same time.

The Rock endorsed Joe Biden in the 2020 Presidential Election. He did so with a passionate speech outside in a tight blue shirt.

Dave Meltzer noted during Wrestling Observer Radio that Dwayne Johnson “went to the same place, I think he likes the lighting, and I know he loves the shirt, obviously, and that’s what it was, the same shirt, yeah.”

The Rock agreed to film that video for Ken Shamrock on September 26th or 27th, he agreed to do it “over the weekend” on September 25th. Johnson’s video endorsing Biden was released on September 27th. It is very likely that he did one after the other.